Compressed air energy storage (CAES) is a unique in its ability to efficiently store and redeploy energy on a large scale in order to provide low-cost energy and enhance grid reliability. A CAES power generation facility uses electric motor-driven compressors to inject air into an underground storage cavern and later releases the compressed air to turn turbines and generate electricity back onto the grid. Suitable storage media can include underground salt dome caverns, depleted oil/gas reservoirs, underground aquifers, or in certain cases abandoned underground hard rock mines. Compression normally occurs during offpeak hours, when power prices are low. During hours of high electric demand, compressed air is withdrawn from the cavern, preheated, and introduced to one of several combustors. In the combustors, natural gas is fired to further heat the air, and the hot, expanding gases are used to drive expansion turbines. These turbines are connected to a generator, which produces electricity for the grid.

For a further explanation of CAES operations, take a look at this video. 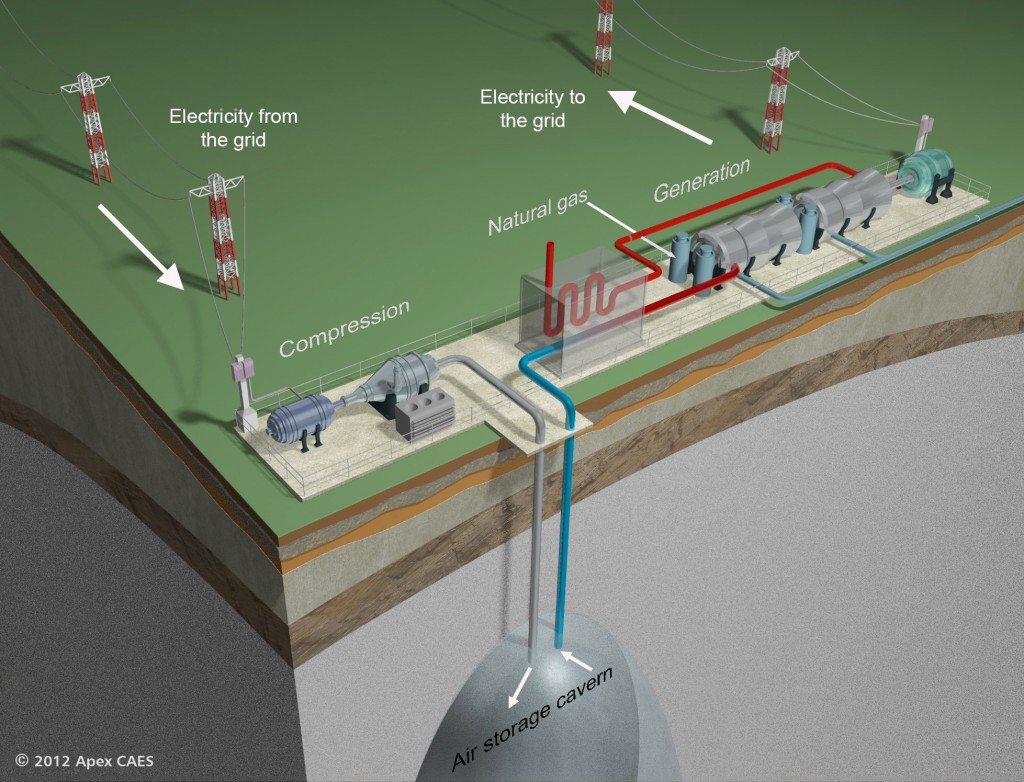 The first CAES plant, a 290 MW facility, was built in Huntorf, Germany in 1978, and the 110 MW McIntosh CAES plant began operations in Alabama in 1991. These plants have operated with exceptional track records over their combined 50+ year lifetime, solidifying CAES as a viable power asset.